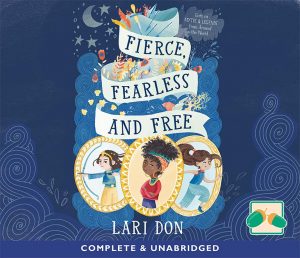 A brilliant, inclusive collection of traditional tales from around the world featuring amazing women and girls. Once upon a time, there was a handsome prince who - no, that's not right! Once upon a time, there were strong, fierce women who plotted, schemed, took action, showed kindness, used magic and trickery, and made their own destiny. From the long-haired Petrosinella who escaped the tower and broke the spell that the ogress had cast over her, and Nana Miriam who beat a hippo using politeness and magic, to Kate Crackernuts who tried to save her stepsister from her mother's curse, these are stories of girls doing it for themselves! Drawn from countries including China, Scotland, Armenia, Italy, and Nigeria, Lari Don presents heroine stories that don't leave girls sitting around waiting to be saved by the handsome prince.